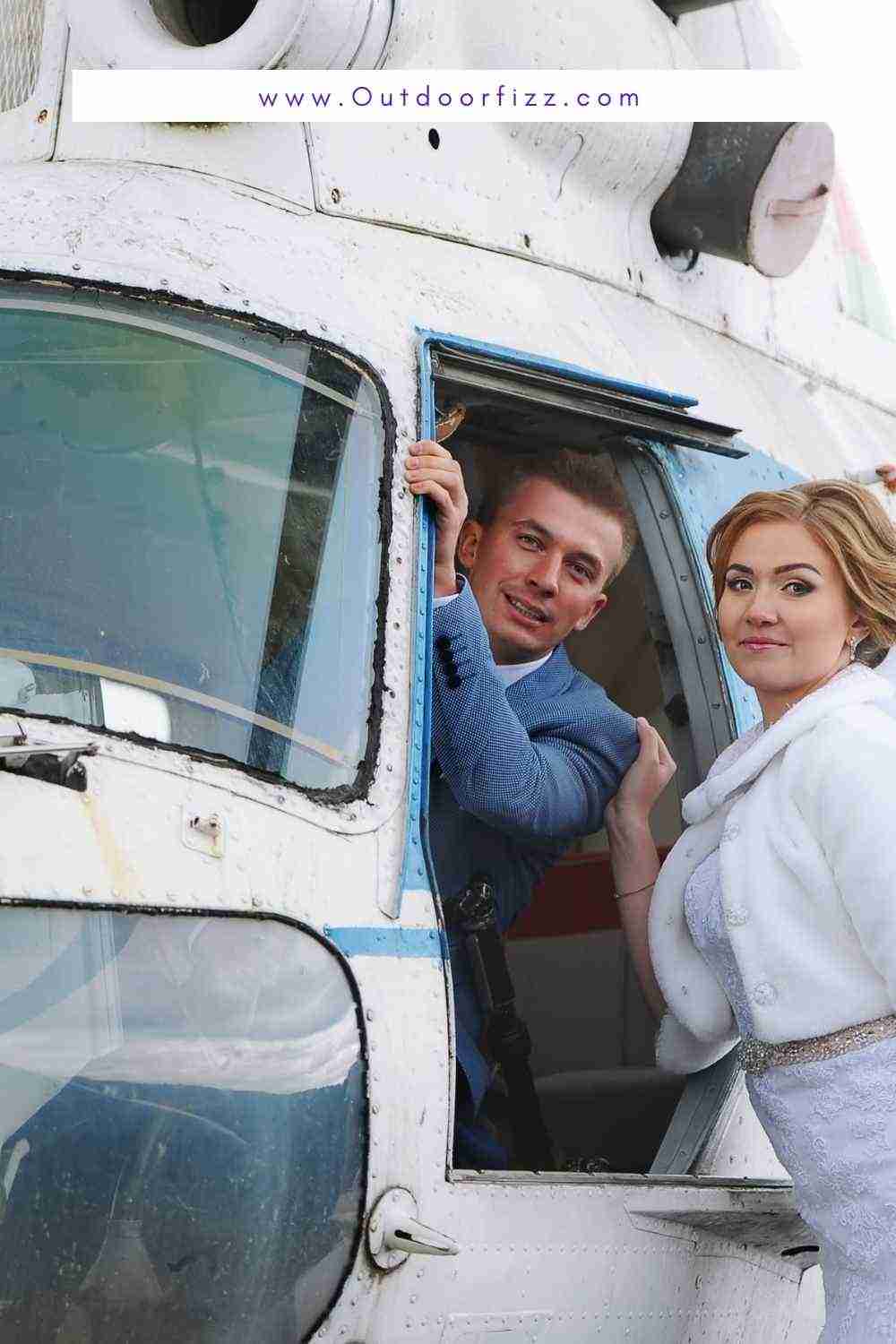 Why are helicopters so dangerous than Planes?-Explained

A helicopter is essentially a motorised rotating-wing aircraft, which is what they are called. It is able to glide because the rotor (the revolving wing) keeps moving as it falls without power.

The rotation of the rotor is powered by stored energy since it contains mass. The pilot can regulate the pace of descent by adjusting the pitch of the rotor blades using the collective control.

Only around 50 feet of unobstructed space is needed by helicopters for landing, and they’re able to touch down with zero forwards motion.

It’s a delicate landing that can only be achieved by increasing rotor pitch as the pilot gets nearer to the ground. To obtain a pilot’s licence, a helicopter pilot must be able to perform this move flawlessly.

To put that into perspective, when you eventually touch down in an aircraft, you’re going at 150+ mph, whereas in a helicopter, you’re moving at roughly 0. You may be marginally better off crashing your car in a helicopter than in a car.

Commercial aircraft start up and taxi along designated paths, clear of debris and obstacles.

They are told when and where to go, by several other humans and monitoring systems and even how, right down to their speed and altitude.

They line up and take off directly (for the most part) into wind along a hugely over-engineered length of tarmac that allows them several options along its length if something goes wrong.

Most planes are designed to be forgiving and stable.

They are only as stable as your hands and feet allow them to be.

Helicopters generally operate at low altitudes, which means there is less time between the initial engine failure and the need to land.

In all cases, you can train for engine failures all day and all night, but they still catch you off guard when you’re on the job in an aircraft.

You are not allowed to choose your real-life engine failure scenario. It should go without saying that if you knew you were going to have an engine failure, you should not have flown.

Helicopters can be flown similarly to aeroplanes in cruise flight.

Using the collective to set an appropriate amount of engine output for continuous cruise performance, then leaving it alone and using cyclic inputs similar to how you’d use the stick in an aeroplane, is a common practise.

1. An aeroplane with fixed wings, such as a glider, does not need many moving parts, and those that do move, such as ailerons, rudders, and elevators, are not overly stressed, and the spar on the main wing is effectively static, allowing for easy design of that structure.

3. A winged aeroplane with an engine, whether it’s a piston or a jet engine, has a lot of stressed parts, such as the connecting rod, which is pulsating with heavy loads on it.

However, if the engine fails, the plane can glide with the unstressed parts still functioning normally; the most difficult part may be determining where to land.

4. When a helicopter’s engine is running, it must pass through highly stressed gearboxes and pitch changing mechanisms.

The collective pitch does not carry much punishment, whereas the cyclic pitch does. Highly balanced moving parts are required and must operate at all times, and

I would say that the drive train is the most critical in a helicopter, both to the main rotor in terms of collective and cyclic pitch and also the tail rotor (if it had one) have a lot of moving parts in them and are highly stressed. These components necessitate extensive maintenance and inspection.

6. So the fact that a helicopter requires its engine, gearbox, and rotors, as well as its highly stressed moving mechanism, and the lack of a wing and tail to set its line of motion rather than its momentum in a given direction.

The stability of a helicopter is gained by playing with the momentum of the craft’s weight.

Neutralizing the control does not stop gained momentum, and so the slowing or braking effect to stay in the same position with a “acceleration” control requires the human brain to operate at one degree higher than that of a winged plane.

7. So knowing that the structure of a helicopter requires more maintenance in terms of the cyclic pitch mechanism and the tail rotor, as well as the fact that the control requires one degree higher thinking than a winged plane, which can be regarded as following rails in air with its wings, but a helicopter cannot, and also knowing that a helicopter can curl its air within itself and lose lift as the speed increases,

Helicopters are more dangerous to fly.

There are numerous moving elements in a helicopter that might fail at any time.

Because you stress the engine more frequently than an aeroplane does every time you take off or land, the engine is subjected to far more abuse.

Helicopters have a higher rate of engine failures than aeroplanes because the cycles of operation are significantly more frequent.

Single-engine helicopters are particularly hazardous because of this.

The presence of a second pilot in the cockpit is always preferable when flying a helicopter, even if it only has one pilot.

Due to the nature of the aircraft and the limited amount of runway or huge landing sites available, helicopters commonly land in unexplored terrain. Risky, but attractive, is the diversity of assignments.

In a helicopter, there is seldom much extra power since operations at higher altitudes and temperatures decrease the performance, making it more easier to get into problems while landing or taking off, especially from tight regions.

Many statistical studies have shown the risks of helicopters.

A lot of my time has been spent flying military and commercial helicopters, so I have a lot of information to share.

As a side note, helicopters and jetliners are always compared in terms of safety. In addition, keep in mind that air travel is one of the safest ways of transportation, so the comparison is nearly unfair.

Helicopter flight is a once-in-a-lifetime activity that is often reserved for situations where fixed-wing aircraft are unable to perform adequately.

A helicopter is more risky than a plane because of the side wind when hovering, hence I believe this to be true.

Drivings A Car Vs. Helicopter Flying

Fixed-wing aircraft are significantly less deadly than helicopters, which are about as risky as cars.

It is impossible to compare them to the safety of a commercial flight in any way.

A thorough understanding of helicopter operations is essential.

New helicopter pilots are 30 to 50 percent more likely to crash during training than light aircraft trainees, according to the Federal Aviation Administration (FAA).

There are several reasons for this, including the fact that helicopters are more difficult to fly and need a higher level of spatial coordination than a fixed-wing aircraft does within a single flying hour.

The most hazardous aspects of a flight are almost always the takeoff and landing.

The higher you go in a helicopter, the more secure you are. One of the reasons is that it is able to autonomously spin and land.

Autorotation landings are required by helicopter pilots in order to land the craft safely and without inflicting damage or casualties.

Autorotation, on the other hand, needs sufficient altitude and rotor speed and momentum.

There is no time for autorotation when flying so close to the ground, as is the case with helicopters.

If the terrain underneath your helicopter is flat, firm, and clear of obstructions such as trees, electricity poles, structures, and so on, even a hard landing may be survived in most cases.

Helicopters are more prone to roll and disintegrate if they land on steep, mountainous, or hilly terrain.

Is driving a car more dangerous than flying on a helicopter?

Yes. You’re flying in the air and speeding through the air. You’ll be stranded on the side of the road if your vehicle experiences technical problems.

If something goes wrong with the helicopter’s machinery, you might end yourself falling to the earth.

In addition, automobiles have a safety box surrounding you, airbags, anti-lock brakes, and most importantly, a road to grab onto.. Aircraft don’t.

The fatal accident rate for helicopters in the United States is 0.59 deaths per 100,000 hours flown in the country.

For the purpose of argument, let us assume that the average speed of an automobile in the United States is 40 miles per hour.

As far as I’m concerned, 10 times is more than enough room for error. Helicopters provide a greater risk of injury. Cars, on the other hand, outnumber helicopters by a wide margin. 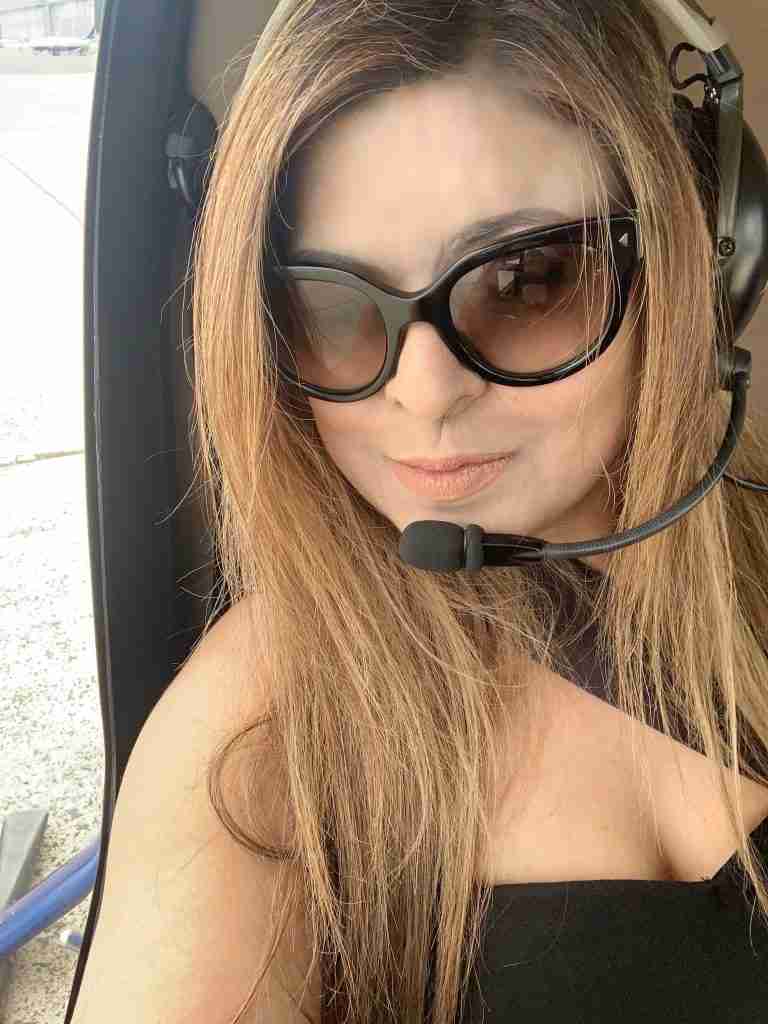 Ever since we started Outdoor Fizz Blogsite, Div And Manny have embraced the exciting challenge of being researchers and Blog writers.
Div has a Masters in Business Administration degree from Swinburne Uni and spends her free time reading, Running around with Pet dog, and exploring the great outdoors.
Div Acharya
Savvy Bloggers