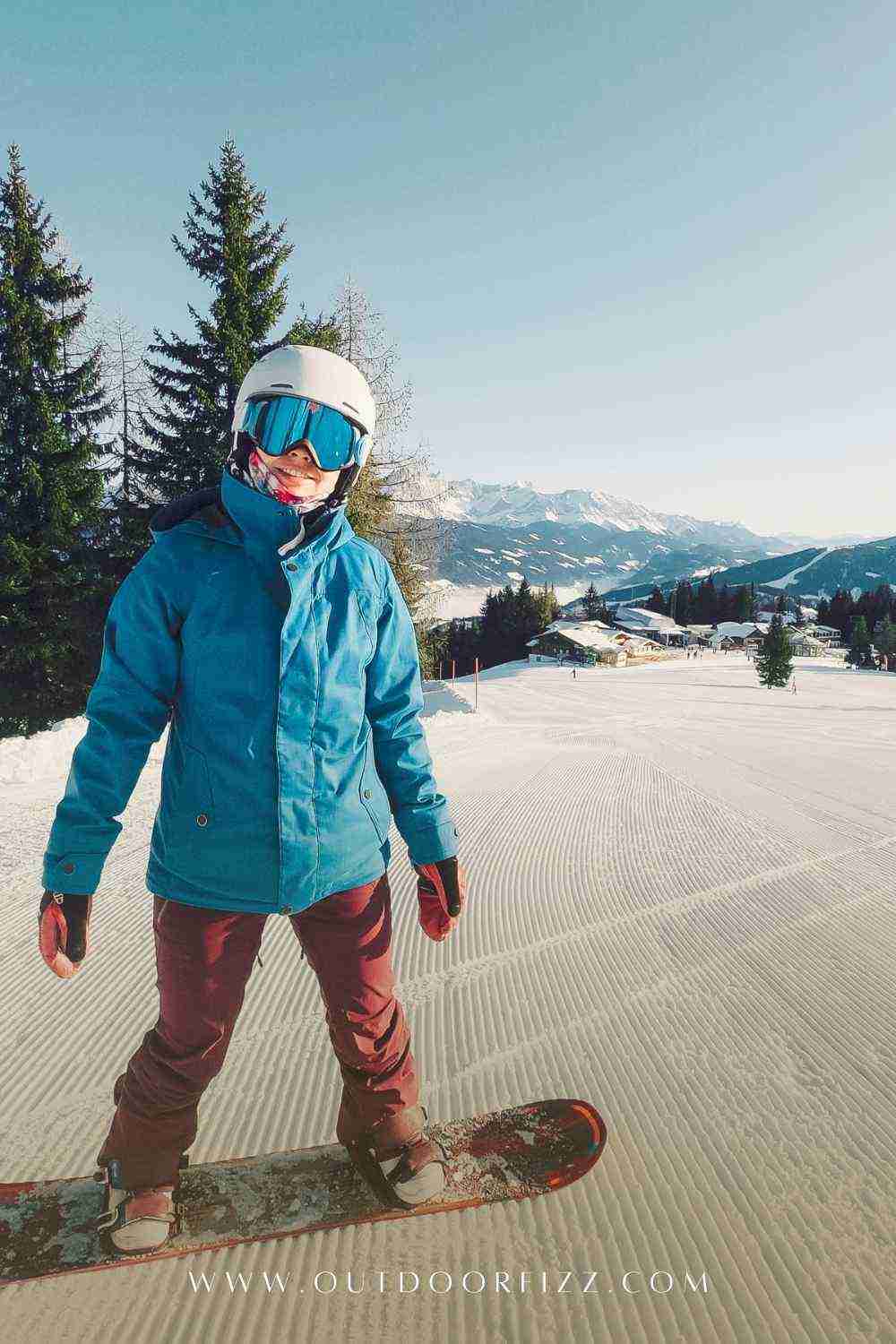 Surfing is much harder because Surfing is much more physically strenuous than snowboarding. You use more muscles and it can also be very taxing from a cardio perspective.

The way I describe surfing to people who snowboard/ski is that surfing is like snowboarding only if the Snow mountain is moving.

Here are a few other reasons surfing is much harder than snowboarding.

Well, Which is harder- Surfing or Snowboarding a lot depends on your fitness level and comfort with water sports versus snow sports.

Surfing is physically more difficult. In snowboarding, you normally ride a lift up the mountain then glide down.

In most cases, when you surf, you must paddle out through the waves, then paddle like a fiend to catch the wave before you are finally in the correct position to glide down the surface of the wave.

All the while competing against any other surfers who might happen to also want to catch the wave you have selected.

Technically speaking, snowboarding is tricky because you have to be careful not to catch the edge of the snowboard.

You can be quickly smacked onto the ground if you catch an edge. Also, making your way off the lift safely is challenging.

Surfing and Snowboarding both are action sports in which you stand on a “board” and rely on balance to remain upright, and gravity for propulsion, then  Yes Both are similar kind of Action Sports jus that one is done on snow and the other on the water.

But in most other ways, no, they are surprisingly dissimilar.

In Snowboarding, you are (usually) attached to the board.
In surfing, you can roam freely across the much larger board area.

In snowboarding, success depends on managing your weight distribution and edge pressure, from side to side and front to rear of your board, often quickly and drastically.

While weight distribution is also key to surfing, it is performed in a much more subtle and fluid way.

If someone is good at surfing, does it necessarily mean they are good at snowboarding?

No, however, if you are good at one, then chances are, you are going to be good at the other sports.

All similar action sports, all use board, so if you are good at one, you will probably be able to take the other sports.

Snowboarding, you pretty much have to have some fairly serious winter gear. Boards boots and even can be rented.

Still, a surfer looking to start snowboarding is likely to pick up the basics a lot faster than someone who doesn’t skate or surf. They already know how to make a board move symmetrically despite an asymmetric stance, the importance of weight transfer, centre-of-gravity, things like that.

I met a surfer at a snow Mountain some years ago. He was mainly a surfer, but he was also very good at bowl skating. Since I wanted to learn how to surf someday, I asked him if my snowboarding would be of any help.

They all rely heavily on lower body strength and control and they all use Board as the tool.

Surfing, Skateboarding and snowboarding, which one should you choose as your action sport?

Depending on Your age, fitness level, accessibility and your budget.

Skateboarding – For many Kids, this is the most accessible and Cheap action sport. In Australia, there are many Skare parks in almost all Suburbs.

Snowboarding – it is comparatively less accessible especially in Australia where we don’t get snow in winter but we need to visit snowy mountains for our snow games and activities. The Snowboarding accessories and gears can be expensive.

Do you own a board? Excellent, go go get it. Accessories are not very expensive you need a Surfing board. Pre-Requisite- You need to be an expert in swimming.

Personally, for me It’s Snowboarding.

Snowboarding is more difficult to get started. Beginners need to pay attention to falling injuries at the beginning.

Skateboarding is more accessible. There are numerous skate parks across Australia.

Surfing is really hard, Ocean can be unpredictable with some life Threatening dangers like shark attacks. If you Live in Australia, near the beaches surfing can be one of your favourite actions sports to learn

They are all action sports activities that can be fun and adventurous.

Ever since we started Outdoor Fizz Blogsite, Div And Manny have embraced the exciting challenge of being researchers and Blog writers.
Div has a Masters in Business Administration degree from Swinburne Uni and spends her free time reading, Running around with Pet dog, and exploring the great outdoors.

Read our Related Articles : All about Fun in Snow.