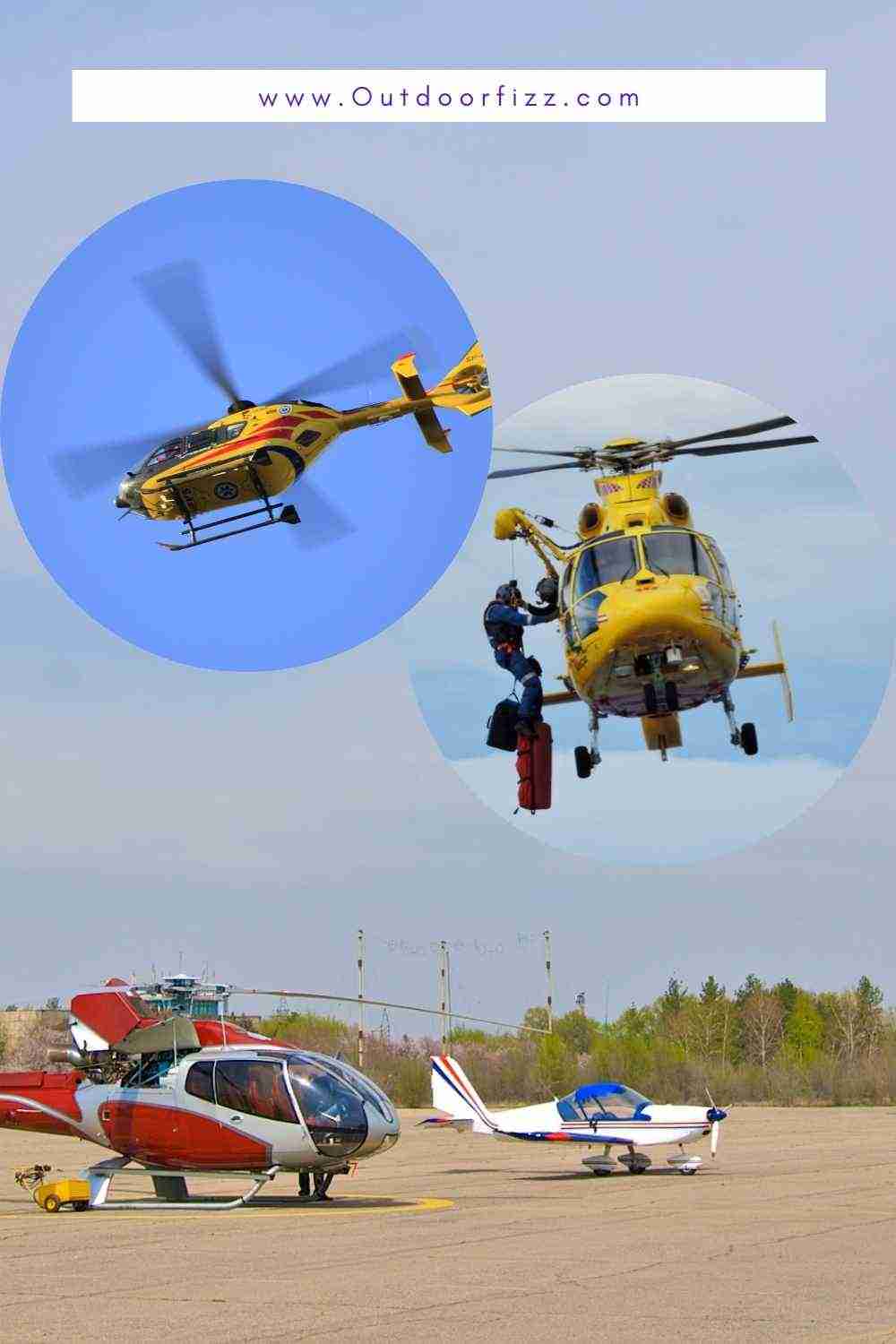 Do Helicopters have Black Box?

Not many. The FAA does not require privately owned smaller helicopters to have either a flight data recorder (FDR) or a cockpit voice recorder (CVR), but they require both for commercial airliners and Helicopters.

These devices have long been a goal of the NTSB and other organisations, and they’re likely to become standard on most aeroplanes in the future.

Given their high cost, maybe an attempt is being made to reduce onerous government requirements so that they aren’t installed on smaller planes.

It’s possible that the boxes will be necessary for flights over densely populated regions.

Maybe skyscraper helicopter landing platforms should be obliged to have audio and video recorders.

However, they would not be able to obtain flight or cockpit speech data, but they could obtain audio and video from numerous perspectives.

Alright, what is a Black Box you ask?

The Black Box is here.

A Flight Recorder is a small electronic device found on board an aeroplane.

The Flight Data Recorder (FDR) and the Cockpit Voice Recorder (CVR) are the two main components of a conventional Black Box. The FDR collects flight data while the CVR captures cockpit conversations between the pilots and air traffic control (ATC).

As part of an examination into what transpired before a plane crashed, the flight recorder often includes these two components.

When it comes to black boxes, did you know they’re really painted bright orange to make them stand out amid a crowd of debris?

How do black Box survive Crash?

Now to the question. How do they survive?

Aside from the fact that it’s another another technical marvel, there are a few more good reasons.

In order to protect the information stored on the memory boards, they are coated in aluminium and then encased in a layer of high-temperature insulation.

As a result, the Black Box can withstand temperatures as high as a few thousand degrees Fahrenheit!

Additionally, the box must be able to sustain an acceleration of roughly 3400 Gs, which is equivalent to 3400 times the force of gravity. On contact, this aids to endure the strong pressures of impact

In addition, it features a battery-operated beacon that broadcasts frequencies that are undetectable to the human ear but can be picked up by a SONAR.

Apart from that, the tail section of an aircraft, which is statistically the last element of an aircraft to impact, is often where a Flight Recorder is mounted.

Rules for having a Black Box in an aircraft

Why are black boxes not required on smaller aircraft

The cost of a typical commercial airliner’s black box is from $60,000 to $80,000, and it requires regular maintenance and testing to keep it operational.

There is a network of sensors that send data into the box, but the box itself is essentially a recorder.

Most small general aviation planes lack this, and the cost of installing sensors such control surface position sensors is prohibitive. In many cases, the cost of a black box update is less than the value of the planes that would have to be scrapped to meet the new requirements.

When installed in a general aviation aircraft so as to survive a crash, the black box might add maybe 20–40 pounds to the aeroplane’s empty weight, reducing useful load, range, and so on.

There is plenty of really small aircraft that have no source of electrical power at all. A black box requirement would essentially ground them all.

Most tiny planes don’t carry paying passengers; instead, they’re used by their owners as educational or personal transportation.

Despite the fact that over 95 percent of all general aviation accidents don’t result in any injuries or deaths, the NTSB seldom examines these instances.

Due to all of these factors, tiny aircraft do not have a compelling need for black boxes.

As a result of this, a significant number of today’s tiny, high-performance aircraft have built-in black boxes.

More and more planes have this feature. My little Bonanza is equipped with engine monitoring technology, which keeps meticulous records of all of the engine’s workings.

A built-in recorder in my audio panel records everything spoken in the plane, and my GPS equipment maintains location data inside.

If any of the internal memory sticks survive, the NTSB will be able to derive all kinds of information about the plane’s journey if it crashes and bursts into flames.

Why aren’t helicopters required to have black boxes the way planes are?

Helicopters don’t compete with aeroplanes. It’s a matter of private vs. commercial transportation.. (Aeroplanes or Helicopters are ok)

While commercial planes are required to have black boxes, a tiny privately-owned jet is exempt.

There are a number of commercially operated helicopters that are mandated to have black boxes. Perhaps some of the larger aircraft used by helicopter airlines, such as PHI, do have Black Boxes, and perhaps certain very paranoid organisations.

There is no such thing as a black box requirement for all aeroplanes and a black box need for all helicopters. The opposite is true. Any general commercial aviation aircraft must have black boxes (helicopters or planes).

It’s just that helicopters and general aviation planes aren’t that complicated, so installing a black box to every one of them wouldn’t be worth the added expense.

However, a Block box is not required for personal small helicopters or aeroplanes.